First of all, sorry about the “radio silence”, we were working day and night to finish the release (besides other problems which we needed to solve first). In the beginning, we tried to provide a new app version around every three weeks. This time, it took a bit longer.

After we were done coding all the features and fixing bugs on August 29th, we started our final tests. In this stage, we are copying the app on all of our test devices and start testing the new features. Normally, nothing goes wrong in this stage, because we also use a small subset of these devices in our development stage. We were quite shocked to see that all iOS devices and a few android devices crashed on the PDF generation with a “Memory Error”. For the technical people: Let’s take an iPad for example. Any app on it is allowed to use 500mb RAM. If the app goes beyond this limit, the app closes instantly without any error message. This happened every time we tried to generate a character sheet PDF file.

Eventually, we scrapped the whole PDF generation and started over with a new approach. After a week with very little sleep and over 400 generated pdfs, the new sheet was done, works great, looks almost exactly like the FFG Character Sheet (except for the background, which is white on our sheet).

With the PDF Generator done, the new version is finally complete and, after a last round of tests and the usual approval process, will be pushed to the server. To be on the safe side, I expect the update to go live on monday, but maybe we will get it live faster.

You might remember our cool mysterious image we revealed step by step on our blog. This was a badly executed marketing attempt to hype the new patch and we are very sorry about that. We are a new company and still have a lot to learn, but we promise we won’t do a guessing game this way ever again 😉

But I think we still owe you the final image, so here it is: 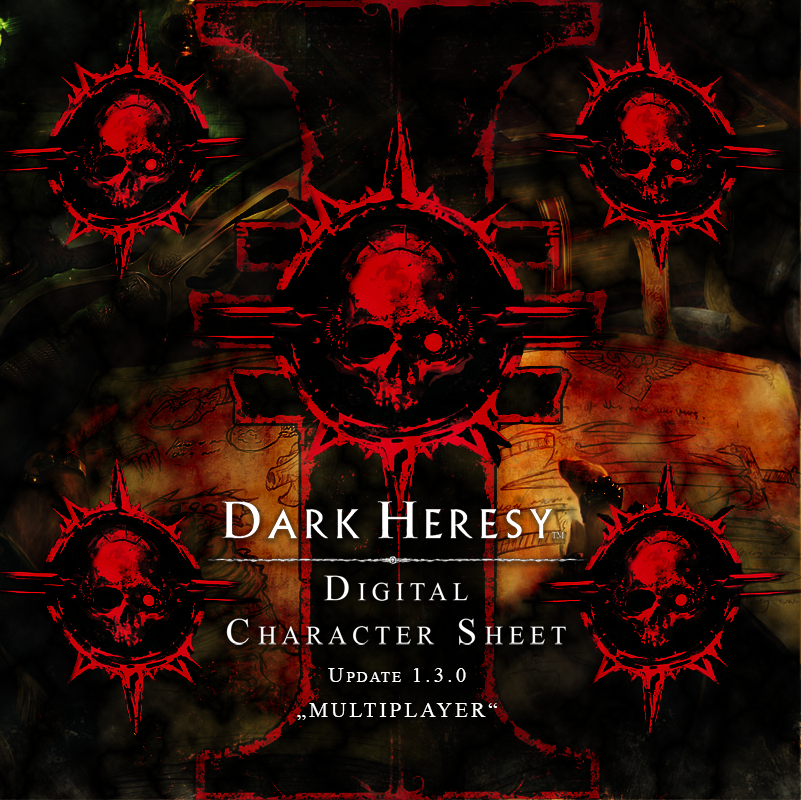 In the very near future (next week), we will open a youtube channel with tutorial videos on how to handle the app as well as feature overviews and more.

With the new release, we think that the Dark Heresy 2nd Edition App is in a good state for the moment. It is quite possible that we will release a bugfix patch or two next, depending on the stability of the multiplayer. Our next project, the Dark Heresy 1st Edition App, is already in the making and will be out quite soon. The next big content update for the 2nd Edition is planned with the release of the “Enemies Without” supplement.

If you have any questions, ideas or problems with the app, just send us a mail and we will try to help you maybe integrate your idea in the next update. Of course, I am also here every day to answer any posts 🙂